Works by Wojciech Ziemowit Zych as well as the latest Polish accordion music will be featured in the next episodes of the "Nocturne" and "New Poland" programmes hosted by Ewa Szczecińska on Dwójka – Polish Radio Channel 2 on 27 and 28 April 2020.

The "Nocture" programme on 27 April at 11:00 p.m. will present new accordion music composed specially for Polish virtuoso accordionists: Maciej Frąckiewicz and Rafał Łuc. It will feature works by Tomasz Opałka, Cezary Duchnowski, as well as Andrzej Krzanowski, the doyen of Polish accordion music, who died in 1989. The guest of the programme will be Rafał Łuc, who will talk about his work and cooperation with composers. In addition, we will listen to concert music of Norwegian composer Rolf Wallin.

The "New Poland" programme aims at popularizing Polish music by presenting recordings and facts about selected composition accompanied by statements of composers. It is an attempt to select masterpieces of Polish modern music and introduce them to the listeners. 2020 marks the 95th anniversary of Polish Radio, hence the institution's contribution to the creation of musical life in recent decades will be particularly emphasized. The next episode of the programme will be broadcast on 28 April, exceptionally at 9:40 p.m. It will be devoted to the work of Wojciech Ziemowit Zych and his "symphony for percussion and piano quartet" Różnia, written for the Kwadrofonik ensemble and presented for the first time during the "Warsaw Autumn" festival. Is this the opus magnum of the composer? We will find out in the coming days.

The Adam Mickiewicz Institute once again invites young Polish composers to participate in a competition organized in cooperation with Gaudeamus Muziekweek as part of the "Polska Music" programme. The winner of the competition will have a unique opportunity to take part in the prestigious European festival focused on young composers, which will take place in autumn 2020.

The project is directed at composers with Polish citizenship, born after 1 January 1990. The prize for the selected composer is the commission from IAM for a chamber work for accordion, clarinet and electronics (Duo Roche & Zöllner) or for soprano, saxophone, clarinet and percussion (Ensemble VONK) or percussion instruments (Percussion Group The Hague); duration 7-10 minutes; based on a contract concluded between IAM and the composer; amount of remuneration PLN 4,000 gross. Gaudeamus will organize the rehearsals and workshops with the Duo Zöllner & Roche or Ensemble Vonk or Percussion Group The Hague. IAM will cover travel costs in Europe and accommodation in the Netherlands for the time of rehearsals and workshops as well as the festival.

In order to participate in the project, you should send an electronic submission containing recordings of your own work(s) (in mp3 format) and a short written statement explaining your interest in working with Gaudeamus Muziekweek and Duo Zöllner & Roche or Ensemble Vonk or Percussion Group The Hague.

The application deadline is 23.59 on 1 May 2020. Applications should be sent to This email address is being protected from spambots. You need JavaScript enabled to view it..

Rules and regulations are available at: https://bit.ly/2RVcY3V

A unique concert of the Cracow Duo ensemble Kalinowski & Szlezer will take place at your home on 25 April 2020 at 6:00 p.m., straight from the recording studio of the AGH University of Science and Technology in Kraków.

The teachers of the Kraków Academy of Music will perform works by Polish composers of the 20th century: Nocturne, Op. 30 No. 2 by Ludomir Różycki, Romance sans paroles by Zygmunt Stojowski and Deux Pieces by Aleksander Tansman, as well as Vocal, Op. 34 No. 14 by Sergei Rachmaninoff, Salut d'amour, Op. 12 by Edward Elgar, The Swan from Camille Saint-Saëns's The Carnival of  the Animals, and Ave Maria by Astor Piazzolla. The introduction will be given by a musicologist, music critic and pedagogue Mateusz Borkowski.

The organizers of the concert are AGH University of Science and Technology, Kraków Philharmonic and Student Government of the Music Academy in Kraków. The event's partners are: DUX, Polish Music Experience, Temida Arts & Business Foundation, "Porta Musicae" Artistic Association and Exert Budownictwo.

The live broadcast will be available on the ensemble's YouTube channel and on the organizers' and partners' Facebook pages.

Album of the Poznań Philharmonic Orchestra featured on the "Gramophone" list

Double album of Milda / Nijoła cantatas by Stanisław Moniuszko appeared on the May list of the best new classical albums chosen by the editors of the prestigious British magazine devoted to classical music – "Gramophone".

The Milda and Nijoła cantatas were recorded by the Poznań Philharmonic Orchestra conducted by Łukasz Borowicz with the soloists: Wioletta Chodowicz (soprano), Maria Jaskulska-Chrenowicz (soprano), Ewa Wolak (mezzosoprano), Sylwester Smulczyński (tenor), Robert Gierlach (baritone), Szymon Kobyliński (basso) and the Opera and Philharmonic Choir directed by Violetta Bielecka. Both cantatas refer to Lithuanian mythology and are based on Witolorauda – the first part of the Anafielas epic poem by Józef Ignacy Kraszewski, who also wrote the libretto for Milda. Their very first recordings on CD were released by DUX label in October 2019.

The work Ad Fontes, written especially for Gdańsk carillons by Katarzyna Kwiecień-Długosz will be premiered – also online! – on 24 April 2020 at 5 p.m. as part of the "Weekly Carillon Concerts".

The latest piece by Katarzyna Kwiecień-Długosz is the composer's reaction to the coronavirus pandemic. It was completed in Holy Week 2020 and dedicated to everyone seeking hope. The work was inspired by Psalm 42 from the Book of Psalms. Its title Ad Fontes (To the sources) can be understood in a variety of contexts. The time of the pandemic in some way forces us to reflect on the sources of our identity, humanity and spirituality. And maybe even return to these sources. The premiere of the work will be performed by the city carillonist Monika Kaźmierczak.

Because the composer feels strongly associated with Ludwig van Beethoven's music (she took part in the international composition project "250 piano pieces for Beethoven" in Bonn in 2018 and 2020 and in the celebration of the 250th anniversary of Beethoven's birth this year in Bonn), carillon arrangements of Beethoven's works will be also included in the programme . 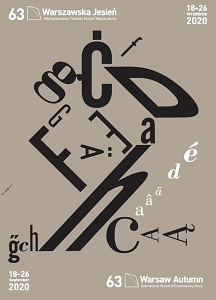 The "Warsaw Autumn" International Festival of Contemporary Music has been organised by the Polish Composers' Union since 1956. It is a festival of a non-governmental association, but it is international and organised pro publico bono. Each edition has its main theme and all elements of the event gather around it. The theme of this year's Festival, which will run from 18 to 26 September 2020, is "Music and Language".

Music is a language, but language carries its own music. In the Festival’s programme, these two elements will intertwine in various ways, touching upon issues such as: the role of words in music; words embedded in music and music embedded in words; the language of music, the music of language; common elements between music and language; the specificity of structures; the grammar of music, the architecture of text; similar functions; music and information; communication through music; means of transmission; the “speech” of music from the social perspective; art of the time of the plague: home music.

The Youth Circle of the Polish Composers' Union invites young artists to participate in the 11th Zygmunt Mycielski Composition Competition.

Participants of the Competition must be under 30 years of age. The subject of the competition is to compose a work for the Kompopolex ensemble composed of: viola, accordion, drums, and synthesizers. The duration of the work should be between 8 and 12 minutes. The deadline for submitting applications is 30 June 2020.

The awarded compositions will be performed twice: their premiere will take place at the festival dedicated to Zygmunt Mycielski in Strzyżów, and the next performance will take place as part of the "Warsaw Autumn" International Festival of Contemporary Music. The winning works will be recorded and released on the Warsaw Autumn Chronicle CD. Additionally, the composers will have the possibility of conducting individual workshops at the music school in Strzyżów.

The rules of the competition are available at: https://www.zkp.org.pl/index.php/pl/kolo-mlodych/wydarzenia/konkursy/1007-xi-konkurs-mycielskiego-regulamin 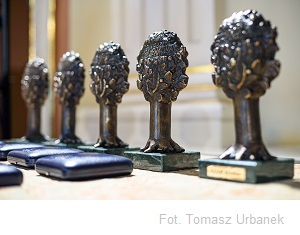 The call for candidates for this year's Cyprian Kamil Norwid Awards is open. Due to the COVID-19 epidemic, the Masovian Voivodeship Regional Council extends the deadline for submitting candidates until 31 May 2020.

The local government invites national creative associations or their branches, universities, cultural institutions, publishing houses and editorial teams as well as artists to submit candidates for the 19th edition of the Award, which is granted to artists in Mazovia region. Candidates can be submitted in four categories: literature, music, visual arts and theater – for a work created in 2019. Candidates for the 'Life's Work' award, awarded for lifetime achievement, can also be submitted by residents of the Masovian Voivodeship.

A scan of the application together with the candidate's statement (available at www.norwid.mazovia.pl) can be sent by e-mail to the following address: This email address is being protected from spambots. You need JavaScript enabled to view it.. Applications may be also sent by post to the following address: Chairman of the Masovian Voivodeship Regional Council, 3/5 Bank Square, 00-142 Warsaw (with the note "Norwid Awards").

Who will win the Norwid Awards this year? We will find out on 24 September 2020 (on Norwid's birthday) during the award ceremony at the Royal Castle in Warsaw. 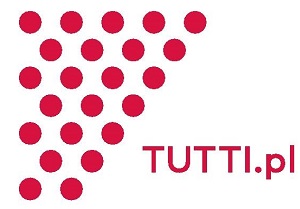 In response to current events, the PWM Edition is launching a special edition of TUTTI.pl: #TUTTathome. The programme is addressed to all institutions that hired materials from the PWM catalog for audiovisual recordings. A special pool of funds will be launched to publish recorded performances of works by Polish composers on the Internet, regardless of the initial purpose of registration.

This initiative will allow to revive the institution's activities, share interesting performances of Polish music with music lovers, maintain contact with the audience and initiate new activities in the field of music.

Applications for a discount for posting an audio-video recording of a selected work from the TUTTI.pl catalog on the Internet will be accepted by email (address: This email address is being protected from spambots. You need JavaScript enabled to view it.) from 15 to 31 May 2020. Applications are reviewed on a regular basis by a team led by Daniel Cichy, editor-in-chief of the PWM Edition, according to the date of receipt.

Accepted applications will receive funding in the amount of 70% of the due fee for publishing the recording on the Internet until 31 December 2020.

The rules of the programme and the application form are available at: https://pwm.com.pl/pl/page/tutti.html