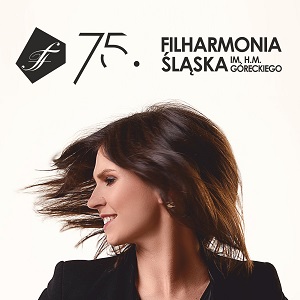 The Silesian Philharmonic will celebrate its 75th anniversary in the 2019/2020 season. On this occasion, the institution has prepared a rich artistic programme which includes concerts with world-class soloists and presents music by Silesian composers.

Throughout all the years of its activity, the Silesian Philharmonic has constantly proved that Silesia is not so much an industrial space as it is a musical one. Adam Wesołowski, director of the Silesian Philharmonic, decided to use the cultural wealth of the province: "I want to return to the roots of the Silesian Philharmonic. Until the very beginning, when this institution was established, one of its main tasks was to inspire the musical life of the region. Therefore, I decided to outline the Silesian image of the institution in the repertoire and emphasize its culture-making nature by including works of composers from our region in each concert programme. In turn, it will result in a multitude of newly created works, which will be premiered in the anniversary season. "

The season will be inaugurated by two concerts, on 20 and 27 September. The first one will be performed by the Silesian Chamber Orchestra together with the youngest violinist in the world playing a Stradivarius, Sara Domjanić. A week later, the inauguration of the Silesian Philharmonic Choir and Symphony Orchestra will also feature the winner of the first prize in the Tibor Varga Violin Competition and the Gold Medal of the Guildhall School of Music and Drama – Boris Brovtsyn.

The culmination of the season will be the Grand Anniversary Gala on 26 May2020 at the Spodek Arena. During this unique concert, all the ensembles of the Silesian Philharmonic, as well as outstanding soloists: Leszek Możdżer, Katarzyna Hołysz, Małgorzata Walewska, Andrzej Lampert and Aleksander Teliga, will perform together under the direction of Jacek Mirosław Błaszczyk. The programme will feature works by Henryk Mikołaj Górecki, Mikołaj Górecki, Wojciech Kilar, Ludwig van Beethoven and Leszek Możdżer.

Ticket sale will start on 26 September.

Full programme of the 75th Anniversary Season is available at: https://filharmonia-slaska.eu/