Gdańsk | 100th anniverary of the return of Pomerania to Poland 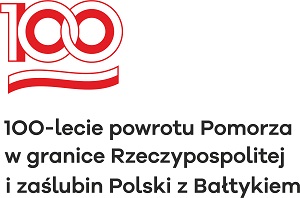 A symphony concert on the occasion of the 100th anniversary of the incorporation of Pomerania into Poland and the symbolical marriage of Poland with the Baltic Sea will be held on 9 February 2020 at 6:00 p.m. at the Fryderyk Chopin Polish Baltic Philharmonic in Gdańsk.

The solemn act of marriage between Poland, reborn after years of partitions, and the Baltic Sea took place on 10 February 1920 on the waters of the Bay of Puck. General Józef Haller, by offering the ring funded by the Polish community in Gdańsk to the sea, confirmed the inseparability of Poland and the Baltic Sea.

In remembrance of this unique and landmark event in our history, the Polish Baltic Philharmonic will hold a concert which will premiere Balticett  – the work written by Leszek Możdżer especially for this occasion, featuring the composer as soloist. In addition, the PBP Symphony Orchestra, the University of Gdańsk Academic Choir and the Medical University of Gdańsk Choir conducted by Agnieszka Duczmal will perform works by Feliks Nowowiejski.