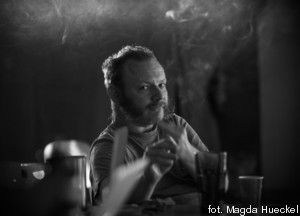 “The Year 1812” Overture Tchaikovsky composed to be performed in the open air. To a big ensemble of brass, woodwinds and percussion, he added orchestra, toll of the bells, and sounds of the cannons – all to celebrate Russia’s great victory over Napoleon’s army in 1812. But there’s an American side to the work as well – the premiere directed by composer himself in 1891 took place at an opening concert of the Carnegie Hall in New York, and now it’s often performed for the Independence Day. Rachmaninov's Symphony No. 2 both in structure and character resembles Tchaikovsky’s last symphonies, especially the Fifth, with whom it shares the E minor key. The Second brought Rachmaninov success and opened a new better chapter of life.

These two Russian works will be split by Mykietyn’s Double Concerto for two flutes and orchestra. This mellow, but at the same time very dramatic work is composed of three parts played attacca, the first and the last of them based on the composer’s own technique of continuous accelerando and ritardando. The well-known flute duo – Łukasz Długosz and Agata Kielar-Długosz will perform as soloists.

The concert is held under the patronage of the PWM Edition as part of the TUTTI.PL project promoting the performance of Polish music. The event is co-organized and co-financed under the "Conductor-in-Residence" programme of the Institute of Music and Dance.