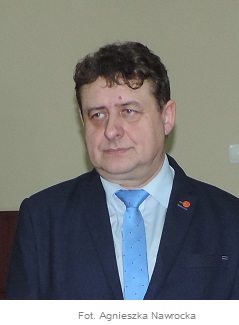 Rzeszów | Symphonic concert as part of the "Conductor in residence" programme

Artur Malawski Philharmonic in Rzeszów invites you on 16 October 2020 at 7:00 p.m. for a concert co-organized and co-financed by the "Conductor in residence" programme carried out by the Institute of Music and Dance. The Philharmonic Orchestra will perform works by Polish composers under the baton of Bartosz Staniszewski.

Bartosz Staniszewski (b.1995) is a graduate of the Academy of Music in Krakow, where he studied with prof. Rafał Jacek Delekta. He has participated in numerous conducting courses led by eminent conductors, including Jacek Kaspszyk and Vladimir Kiradjiev as well as the Beethoven Academy Orchestra. In 2014, he conducted the premiere of his symphony at the Krakow Philharmonic. He is the co-founder and conductor of the Krakow Orchestra "Ardente", with which he performs in Poland and abroad. He has performed in the "Polish Music Still Alive" and "Wawel at Dusk" concert series.

The Symphony Orchestra of the Subcarpathian Philharmonic under Bartosz Staniszewski's direction will begin the concert with a magnificent Overture to Karol Kurpiński's lost opera Ruins of Babylon. It is one of Kurpiński's best orchestral works, inspired by the masterpieces of Viennese classics. Then, on the 250th anniversary of Beethoven's birth, the orchestra will present his Symphony No. 7 in A major, Op. 92. The evening will close with Chaconne – In memoriam Johannes Paul II from Krzysztof Penderecki's Polish Requiem.