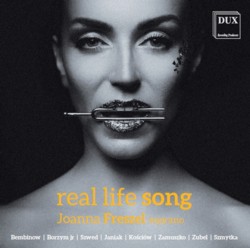 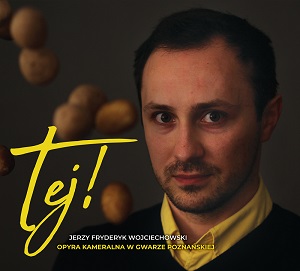 The Chopin Piano Quintet will perform in the "Stage for Polish Music" series on Tuesday 12 January 2021 at 6:30 p.m. The concert will be broadcast on the YouTube channel of the Oskar Kolberg Świętokrzyska Philharmonic in Kielce.

The Chopin Piano Quintet is made up of graduates of the Fryderyk Chopin University of Music. They were united by their passion for chamber music and the desire to create unique musical interpretations thanks to the use of sound possibilities of a piano quintet. Awards in international competitions opened them the way to concert halls in Poland and Europe. Intensive activity resulted in invitations to international festivals, incl. Quartetto di Bergamo, XX International Chamber Music Festival Lago di Garda 2015, Val Tidone Festival in Italy, Emanacje Festival in Lusławice. In 2016, the ensemble's DVD with Robert Schumann and Dmitri Shostakovich's piano quintets was released by the DUX label.

The piano quintet is one of the most intriguing genge of chamber music: the fusion of two organisms that are essentially separate, self-sufficient and at the same time perfect. The programme of the upcoming concert will include Grażyna Bacewicz's Piano Quintet No. 1 of 1952. It is a work of exceptionally strong expression which highlights characteristic features of Bacewicz's musical idiom. The second movement is in the rhytm of an Oberek, the composer's favourite Polish folk dance. References to folklore and neoclassical stylistics characterized the work of Szymon Laks. His compositions are also burdened with the nightmare of wartime camp experiences. The Piano Quintet of 1960 is a version of the String Quartet No. 3 "On Polish Folk Themes", written just after the war in Paris. It is the voice of an artist who "survived thanks to music", an eyewitness to the clash between culture and barbarism. Juliusz Zarębski's Quintet of 1885 is a masterpiece of mature romanticism. Showing a fascination with Schubert and Liszt and being stylistically ahead of Dvořák, it remains a completely original work. The four parts of the Quintet create an amazing unity in diversity. Connected by a leitmotif, they open up a rich world of emotions: from an intimate confession to triumph and ecstasy.

The project is carried out in cooperation with the Institute of Music and Dance, financed by the Ministry of Culture, National Heritage and Sport.